Not everything has a Happy Ending

So I’ve just sort of finished Paperhouse and really Paperhouse finishes rather sadly and it’s quite odd for me because younger I firmly believed that stories always had Happy Endings! But this one there was no way the ending could be happy, also with Dance of the Sugar Plum Fairies also doesn’t have a particularly happy ending.

I was just finding it quite odd that things no longer has Happy Endings!

Dance of the Sugar Plum Fairies! 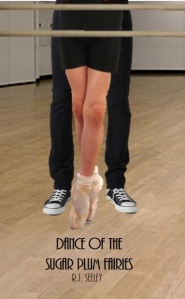 So Dance of the Sugar Plum Fairies has been republished with a brand new cover!
Sixteen year old Max attends the Astaire Academy and studies ballet. Max is approaching a very important year so whilst he’s doing his GCSE’s, doing his Grade 7 and Advance One, he’s also enjoying the last year he has with his eighteen year old boyfriend Billy who at the end of the year will go and join the Royal Ballet School.

You Can Buy it Here! 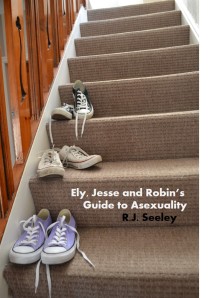 Ely, Jesse and Robin’s Guide to Asexuality is although an informative piece of writing is also a humourist and touching story of three boys who just about know what they want to do with their lives.

Ely is 16, homoromantic and when he leaves school he wants to go into Art. He is currently dating the physically attractive Joel who believes that sex is what makes a relationship a adults relationship, Ely doesn’t completely know how to tell Joel he doesn’t think sex is all that. But when he gets a health scare the whole truth comes out.

Jesse is 16, and planning to stay on and study for his A-Levels. Jesse lives with his dad and his dad’s partner Patrick, they got together when Jesse was 11 when his dad was emitted into hospital due to his HIV, but Jesse hasn’t quite moved on from those few months when he was 11 and still is wary of his dad’s situation.

Robin is 16 and when he leaves school he plans to leave home at the same time. Robin’s parents are Foster Carers and his house is like the Dumping Ground, there’s new kids there every week and Robin hates it, all Robin does is crave attention from his parents but when a new girl comes to his house his feelings for her begin to confuse him and he no longer knows exactly what he wants to do in his life.

When I Grow Up I…

So I’m 19 which for some reason means I have to think about my life now, so I’ve decided to make a list of things I want to do in my life, some are ridiculous, some are plausible, all are true.

Tagged as Author, ballerina, Cruise, Grow, I, Photographer, Teacher, Up, When, when I grow up

So how many people have read Gay Brigade? Superstar? Ever wondered what’d actually happened to Ryan’s dad? In 22 days you can find out! 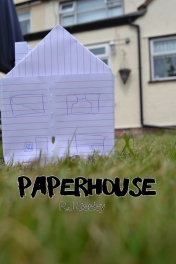 The thing with paperhouses are that once they’re wet they tear and when it’s windy they fall down.

The year is 1995, Take That are number one, double denim is huge and Beanie Babies are the latest fad but Michael’s world gets thrown into chaos when his date leads to the bedroom and even worst the maternity ward but that’s the least of his worries since a childhood friend has come back into his life, come back and come back with a bang, now nineteen year old Michael really has to make a decision Catherine or Pete?

When a night with Catherine lead to sex, Michael didn’t think that 2 months she’d be on his doorstep in tears with the news that she was pregnant, Michael suddenly had to take on responsibility and start to act like the father he’d become but at 19 isn’t that a bit much to ask. But when Pete, the kid he used to play with when he was in Nursery comes back into his life, Michael doesn’t know what to do, the sudden strong feelings he feels for Pete scares and excites him but it’s 1995, the age of consent isn’t equal, gay marriage is illegal and his he’s gotten a girl pregnant. What can Michael do?

Book in a Day Fixed!

Sorry guys I put the promotion on the wrong book but I accidentally put Teaching Techniques for free for two more days so get it whilst you can!

BUT
En Route will be free from tomorrow (26th August) until the 30th! 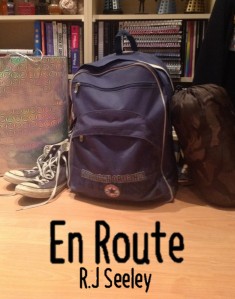 En Route is available here; http://www.amazon.co.uk/dp/B00MXDCS20
But it’ll be free from the 23rd August to the 28th!

Why I use Shoes! 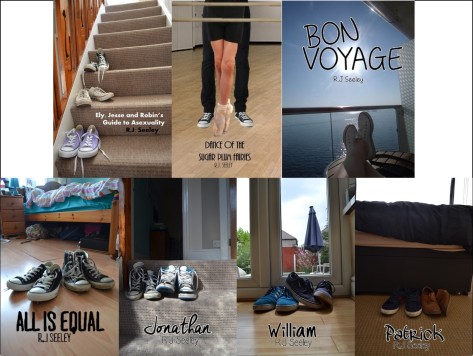 I feel shoes say so much about a person.
The first cover Ely, Jesse and Robin’s Guide to Asexuality: Has three pairs of converse, all different colours, different ways, laces in different stages. This shows that although Ely, Jesse and Robin are all asexual it also shows that they are all different, they have their own personalities, own boundaries but all fall under the same category.
Dance of the Sugar Plum Fairies: This cover obviously shows that they are pupils in a ballet school, but also with the shoes behind the pointe ballet shoes shows that the boy behind is older and more experienced, also shows that maybe he is no longer a pupil.
Bon Voyage: Simple really this one, a nice, white clean pair of shoes and the sea, simple, he’s on holiday.
All is Equal: The fact that they’re wearing the same coloured shoes but different styles of them shows that they although are alike in some ways also shows that they are different in many more, the clean pair against the messed, worn pair makes the differences even more evident.
Jonathan: Both pairs show that both characters are young although one is that bit older.
William: Shows that both characters are pretty much the same age but just have slightly different personalities.
Patrick: Shows that both men are more mature, but one is a lot more mature than the other.

Can’t believe it’s been 3 years since I picked up mine! So here’s a snippet of Sex Education;

“Yeah, I don’t want to see this” Stephen said so I grabbed his hand “We’re going, you can’t go back now” I said and he laughed
“I have no choice” he said so I shook my head
“No you remember our deal” I said and he nodded
“If I get a C you’ll make me come, if I get a B I get a blowjob and if I get a A”
“Yep” I said laughing slightly then walking into the school with him, we had to separate to get our results, considering my last name began with a L and his with an A, but we met back at a table to opened the envelopes along with Scout and Lottie who’d both been sat at the table for a while with their envelopes.

“Ready?” Scout asked and we all nodded then opened our envelopes, reading through our grades silently none of us showing anything.
“So?” Lottie asked “I don’t like the silence, talk” she said so I laughed
“C’s” I said nodding “Straight” I said then hummed “Well, minus Drama, I got a Distinction star for that” I said grinning and making her laugh
“C’s straight” she agreed nodding
“B’s straight and a A” Scout said so we all oohed at him then looked at Stephen as he looked up, around us then passed me his sheet.
“You did it” I said and he grinned laughing
“I did it” he said nodding then looked at Scout “C for Maths and English, B for PE” He said making Scout punch up happily
“You can go to college”
“I can” he said nodding then laughed as I grinned at him “You” he said to me so I nodded “You’re coming to mine tonight” he said happily making me laugh.

En Route: Peter arrived late, Logan’s friend didn’t turn up and they just had to go, so two boys who’ve never met before, had no classes together and had barely seen each other in school are made to sit together for the 12 hour drive to Paris what starts as the worst decision in the history of the world soon becomes the most fun 12 hours both of these boys have had.