I’m quite shook by this actually. I saw it over a week ago now, but decided I’d wait to voice anything, it has stuck with me all through this week, and I couldn’t stop thinking about it, so here it is, me voicing something;

So, there is a tumblr post, that is currently being shared on Facebook, which basically states that asexuality (demisexual in particular) does not exist. I read it through curiosity and came away from it angry. Angry at the post, especially angry at the person who shared the post, I thought about it all night, then when I woke up I found that the Asexual Group I am apart of had made itself a closed group instead of an open page. When I looked further into this I found out it was because people  were joining the page to make fun of and abusing the asexual community on there.

I am both disgusted and angry by this.

Now I understand that the LGBT community feels as if us asexuals don’t have it as hard as they do, I mean who has ever been kicked out for not wanting to have sex..? But, equally, when you come out as gay, or lesbian, bisexual people know what that is, oh you like the same sex, oh you like the opposite sex, oh you like both sexes when you come out as asexual, I’ve found the first response is What? followed, after an explanation by but how can you not want sex. Which, honestly I find quite hard to answer, I mean, I’ve never wanted sex, How Can You Want Sex? but this is not all.

You still get made fun off.

There is still people who don’t understand and don’t accept.

Just because you don’t understand it, or you don’t want to believe it doesn’t make it go away.

I’d recommend four books, two my own, one my friends and one amazing,
The Asexual Equation
Ely, Jesse and Robin’s Guide to Asexuality
Numinous by Finlay Harper
How to be a Normal Person by TJ Klune

You can nominate That Awkward Age here!https://kindlescout.amazon.com/p/SYP95L2YVPJJ

So, my one year publishing holiday is coming very quickly to an end. I have just sent my first 2016 book to Kindle Scout, to be considered for a publishing contract, I will be informed in a few days of its campaign date, but, I’m more amazed that it has already been an year.

Last year, I published On Tour and declared that my last for the next 365 days. I’m more impressed with the fact that I’ve kept to it. I started the year off with an intention, to reedit all my books (work in progress!), to rewrite Gay Brigade and Casey (bigger work in progress!), and to stop taking low starred reviews so harshly (COMPLETED!). Instead, I have decided on, and finished That Awkward Age, which will be released in November, I have started a 4-part drag series ‘The Rose Quartet’, which includes Rose, Jasmine, Cherry Blossom and Daisy and I came up with a completely new idea, the one that will be published this month Rainbow Connection.

More information will follow for each of these books. 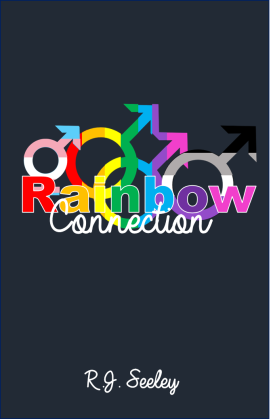 So, I am over halfway with #RC and feel confident, now, that it will reach it’s publication date. So, it felt the appropriate time to do a cover reveal, and an explantion.

Rainbow Connection is a selection of 7-stories. The idea was first conceived from wanting to write a story without using sexuality labels. I simply wanted to write a love story without having to use the word gay, just like in straight stories where they never mention the word straight. I figured, whilst writing the first instalment of the story that I wanted to take it further, and removed all LGBTQA+ words from all of these stories, so, these stories are about 7 boys, some are in relationships, some aren’t, most of them like boys, they all have a journey to go on, and all attend a the same support group, Rainbow Connection.

Taking the time to Breathe…

Okay. I know. It’s been a while since I last blogged, and that is because I have been on a complete writing lull.

Whether it be blog posts or books, everything’s been a little half assed as late, so, I needed to take some time out, and to remind myself how to breathe, (or at least how to be inspired.)

I decided, completely by random, to reread T.J. Klune’s Bear, Otter and the Kid, a book that I haven’t read, in full, for years. Sure, I often flick through T.J’s books and reread the  scenes that include doing the baby-making floor tango mostly, but, this was the first time since I was, I believe, seventeen years old that I decided to sit and reread BOATK, and it’s funny. The first time I read this book, with 21 year old Bear, I thought I was way off that age, I thought Bear was so much older, so much more mature (sometimes), and now, being two months away from being 21 myself, I find myself relating to Bear more than I ever did before, I find myself understanding his circumstances and understanding his decision making, and understanding more of the words he uses.

I couldn’t resist continuing the series, with Who We Are and The Art of Breathing which caused me to be attatched to my kindle for almost a week, I loved rereading the bits I remembered, and thoroughly enjoyed rereading the bits that I had completely forgot. I adored the journey that is BOATK, and will always thank the Kid for teaching me how to breathe alongside him, and I count down the days until the fourth, and final instalment of the series comes out.

After being completely drowned in the world of BOATK I’ve found myself in a much better place to continue with my own creations, my own stories, I’ve found a whole new wave of inspiration and plots, and feel like I’m finally back in the swing of things.

So, I must say a Thank You to T.J. who needs to continuing writing such thought provoking and inspiring books, (I loved Tell Me it’s Real, The Queen and the Homo-Jock King, The Lighting Struck Heart and How to be a Normal Person, too of course.) 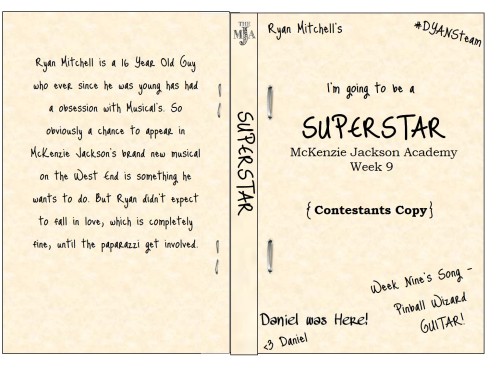 First of #RJwave2, Superstar is now available with it’s new cover and few added extras inside!

So, here it is, the first rerelease! The first RJ Wave 2 book is going to be released, and of course, how else do I start a rerelease, but with the first book ever released!

Get the new Superstar  on the 11th April! 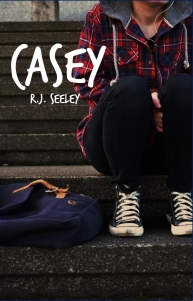 So, the rewrite of Casey is well underway, and if I say so myself, going quite well. This time we’re doing things differently.

First BIG change is the story will be told by Casey’s PoV instead of his boyfriend Mickey’s, that in itself has caused many alterations and research! I am excited by this change, as I love making Casey more 3D then he originally was, it’s interesting to see his family, his therapist, his T injections, everything that happens in the shadows and out of Mickey’s eye (well, sometimes at least).

I’ll add some background to Casey’s character; he is 18 and 5 months old, 4 months ago he was given the confirmation for his bottom surgery (he is very excited about this), he has had to move house to get the surgery, so his whole family moved closer to the hospital, and changed both Casey’s and his little sister Abi’s schools.

You find out a lot of Casey’s story throughout the book, regarding his coming out and his journey, but, you also learn everything first hand, along with his new boyfriend Mickey.

There has been plenty of inspiration for this book. I decided to rewrite it about a month ago, after giving it a reread and feeling I hadn’t done this book the justice it deserved. One of the first people to give me the inspiration to rewrite this book was Jo Banks, a friend and fellow author, he is being so open about his transition on Facebook that it blew me away, and reading about everything, watching the videos and keeping up with his updates, was part of the catalyst that made me think Casey needed to be rewrote.

The second inspiration is a more recent inspiration, that my editor put me onto. Alex Bertie and Jake Edwards, both are YouTubers and both are FTM, I have been watching their videos religiously for almost the last week. They’re both so inspirational in so many ways, whilst also being inspirational in the writing sense, they’re filling me with material to write and I am excited for it all.

I recommend you check these guys out, all are inspirational, whilst all being brave enough to put their transitions online;

I don’t think Casey would be going as well as it is without these guys helping me, without knowing they are, although it is likely one will read this, HI!

I would love to send all 3 of them a completed version of the book when it is released, of course, hoping it is good enough! So, I’ll keep you up-to-date on that!